Hip hop, enriched by traditional and contemporary dance, here serves an environmental message in the form of a love song to the unspoilt African wilderness. Or how to dance against “leda”, the plastic bags that are literally suffocating the continent.

Banal and toxic. That is the “leda” at the heart of Rodrigue Ousmane’s piece. “They’re everywhere,” says the Chadian choreographer. In the streets, in the gutters, stuck in trees, suffocating everything, in the ocean and rivers, blocking the penetration of light.” “Leda” is the name given to the plastic bags that have littered the African continent since the 1980s. Focusing on this fairly recent phenomenon and their damage to nature, Rodrigue Ousmane created his first piece in 2010, featuring dizzying assemblages of the bags as trees, fabrics and rugs, combining hip hop moves with invocations of traditional dance and contemporary gestures. He enlists chants, apostrophes and dances to howl about a Chad unable to manage its natural resources and perhaps to envision a different Chad. He developed a taste for openness and blending different sources very early. As a child in N'Djamena, son of a musician and a dancer ofthe Chad National Ballet, he abandoned his studies in mathematics and threw himself into the world of dance. The name of his company says it all: Nagdoro, meaning “We can” in Chadian Arabic. And it set the stage for what was to come in the next 20 years. The original idea? A hip hop base enriched with national traditions coming from more than 130 ethnic groups. His encounter with Farid Berki and the Melting Spot company at the first hip hop festival in N'Djamena set things into motion. All the while teaching others about hip hop, he was himself learning about contemporary dance. Ousmane danced for Berki in Deng Deng (2008) and then created his own piece, Leda, cheered by Serge Aimé Koulibaly, Farid Berki and Kader Attou. This was followed by Cri Cra, “cra” meaning “just one” in the Mbaye dialect. Here, he explores the repercussions of the Arab Spring and how to dance the synchronisation of a mass cry for freedom. “Nagdoro” once again. 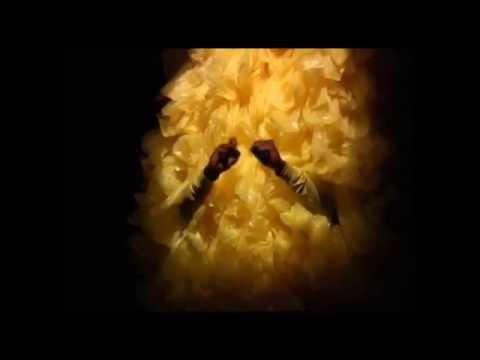