And why not let the air currents carry us? Movement, rather than producing choreography, can be an act of freedom. And once representation has been stripped away, movement can finally create the connection between a state of dance and a state of spirituality.

What avenues did you explore for this piece?
What has always been important to me, beyond choreographed movement itself, is its intrinsic power to liberate human beings, to take us beyond our supposed limits. Movement can indeed be the vector for reaching into the depths of our being, so long as we raise it above human vicissitudes. Movement has an undeniable power to open horizons, unite and liberate the person who experiences it and the one who shares it. The underlying force of an artistic approach is perhaps nothing more that the intimate quest for greater freedom.

What kind of preparation did you give your dancers?
In my work, everything is based on the unfolding of a dancer’s inner self because that is the source from which a piece can spring forth. That is why there is no staging in my pieces; to me, a perfect stage is an empty stage because choreography is about the human being in dialogue with the emptiness around him, an emptiness that mercilessly exposes our reticence, our fears. Infinite emptiness is the scale against which we must measure ourselves in order to grasp our full dimension. So the dancer must be in continual dialogue with himself in order to overcome his remaining reticence. As if dancing were a way to overcome the fear of the vast emptiness in ourselves.

With Cri, in 2007, you said you had finally understood what your “gesture” is. Where does this gesture come from?
As an artist, we discover little by little what haunts us. It takes years of fumbling in the dark before we can clearly see the path which we had intuitively taken. Like many others, I first turned my attention to space, the bodies and movement, but, very early on, I had the feeling that working that way was preventing me from seeing a much deeper reality. Cri signified a categorical refusal of any diversion from what drives our being. In that sense, the piece represents a new departure for my work.
It doesn’t mean that I don’t pay attention to space or movement, but they no longer have a direct impact on what we experience; the movement comes from the depths, it is not a reality unto itself. Since Cri, I feel like a sculptor who is shaping, grinding and polishing the same material, convinced that transcendence can only be found in the finest detail.

What brought you to dance?
The absolute and vital necessity to find greater freedom. This desire has always been a proportional reaction to the confinement in which I found myself, a combination of opposites has defined and refined my principal working tool, which is constraint: all of my pieces ask the same question, “How can we be free while strictly conforming to a predetermined framework?”

At what point did you feel that this was possible, that you had reached your goal?
Obviously, nothing is definitively won, but let’s say that some reactions and correspondences enable us to assess and verify the “plausibility” of our vision. For example, a long time ago, a woman who had seen my work said, “we watch more than the dancers’ bodies; they are like intermediaries between us and another dimension.” So I knew deep down that it was possible to establish a different type of relationship, a dialogue with the audience, to escape the logic of representation which, to me, reveals a deep contradiction, between the complex nature of the expression put forth and the primary mode of apprehension, during a performance, which is the act of watching and mentally processing what we see.

When you speak of constraint as a source of freedom, it brings to mind your faith. What does your dance take from your faith, and vice-versa?
It is always difficult to define a life experience by an element as personal as faith. What I can say, though, is that it’s obvious that a strong awareness of a form of transcendence leads you to consider in a different way not only the body but all reality. You perceive it and measure it continually, in dialogue with an invisible infinity. So no reality is “finite;” it reaches and resounds beyond our usual sphere of perception. And I think it is that conviction which can be felt in my Art, but I could just as well say that Art transposes to action or incarnates this spiritual understanding. 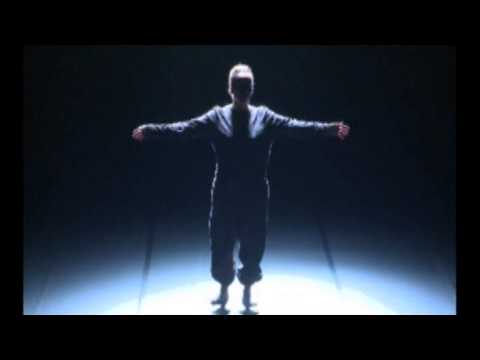