Benjamin Millepied is giving Lyon the first taste of his last creation before he takes up his new post as director of dance at the Opéra de Paris. For his L.A. Dance Project, conceived as an artists’ collective, he has also invited other choreographers to share the bill with him: Roy Assaf and Hiroaki Umeda.

On its first visit to Lyon in September 2013, the L.A. Dance Project unveiled all the artistic intelligence of its standout soloists, in a programme comprising two world premieres of works by Emanuel Gat and Justin Peck, and a piece by Millepied himself. Though now appointed director of dance at the Opéra de Paris, Benjamin Millepied aspires to retain close ties with this fertile trans-Atlantic experience. The company is set up as an international creative hotbed for choreography, with a repertoire enriched by works created specially for it by other promising artists in which it places its trust. At the Biennale, this high-flying company is back with a night that will boldly blend the impetuous dance of Israeli Roy Assaf, the digital visual and audio environment of Japanese Hiroaki Umeda, and, of course, the elegance and finesse of Benjamin Millepied – who, for his piece, has worked with Andy Akiho, a young composer and musician who is as comfortable on percussion (he’s a steel-pan ace) as with classical melodies. 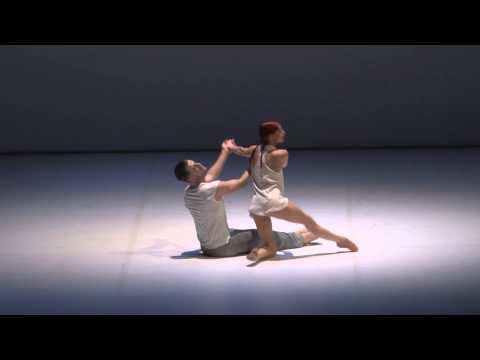