In his extravagant costumes, feathered headdress and sequins, François Chaignaud is a music-hall show in his own right. Or perhaps his solo is some sort of strange ceremony. Chaignaud is the golden idol in a lush, exotic ritual somewhere between dance and song.

First, what is the meaning of that mysterious title: Dumy Moyi?
The title is written in the Ukrainian alphabet: Думи моï, which most French spectators can’t decipher. I love the beauty of the lettering, the confusing provenance. It means “my thoughts,” with a play on words in Ukrainian that indicates the thoughts could be melodic, musical or singing.

What is the “Theyyam” that serves as a reference for this piece?
It is a sacred art of Malabar. During ceremonies that can last nearly 24 hours, the performers are transformed into gods, by means of dance, song and costumes. Unlike “Katakali,” which represents Hindu cosmology, Theyyam is about absorbing or incarnating: the dancers don’t represent the gods, they become the gods!

What was it that struck you the most about this sacred art?
I was amazed by the costumes. They are made entirely of natural materials and are disposable. They have incredible proportions – several metres high, wide, very cumbersome – with a surprising level of sophistication. The force of these men-turned-gods is enhanced by the costumes. And the most surprising thing is how they perform so close to the worshipers and the audience, and the virtuosity of the dances in spite of the voluminous costumes.

What did you find that connected with your vision of performance and dance?
I was baffled by this religious art that isn’t meant for a stage. Then there is the power of the function of dance in this context. The duration, the stupendous virtuosity and physical endurance. It was not so much a connection with my vision as it was a questioning of my vision. What is dance for? What does it resemble? And how do we show it?

What vocal repertory did you choose for this solo? What do the words of the songs tell us?
The challenge with this piece is to sing and dance at the same time during the entire show. This comes from the Theyyam performers who often sing while dancing.
It also comes from cabaret and music hall shows, which have a complex history, with dances said to come from elsewhere, from the early twentieth century. The cabaret halls played a seminal role in the emergence of modern dance, solo dance, far removed from classical ballet references.
With Jérôme Marin, I chose a series of songs in several languages which tell stories of confessions, avowals, spells. I am fascinated by the linguistic and geographic lability made possible by song.

Why do you need to be so close to the audience?
So that, for once, when you go to see a dance performance, you can see up close the incredible work and sophistication of the costumes. The idea is also to intensify the moment, the force of this body transformed and enhanced by the movement, the song and the costume. So that the perception of the wind, the fragrances and the details become part of the experience.

What effect does performing several times in a row the same day have on you?
It’s very important! First of all, it’s an effort and a pleasure. It’s a difficult piece to do and performing it four times in one day helps me to do it, like an athlete wholly concentrated on his event. It’s by performing that I best practice my art. It also transforms the experience of the audience who can come back several times. And so dance is no longer such a furtive and evanescent art. I want dance to be insistent, to show more determination! I also have the hope that repetition will make possible a form of identification. Dancers are often abstract figures that no one knows. I think that repetition, which resembles the cinema, might be a way of intensifying the relationship of the audience with the dance and the dancers.

In what way do you believe this piece is an “antidote” to Western theatre?
I conceived of it as an antidote, i.e. a way of escaping the constraints of the theatre, of the black room, the seating, the appointed time of the show, the size of the audience … But I have worked to understand this fascination for the “non-Western.” This fascination has a history which, in the past and still today, may transform itself into a predatory act. It’s a piece I performed here in France; it’s neither a replica nor a parody of an exotic ritual. It’s a piece which holds a place in the history of Western dance which is itself ambiguous, complex and occasionally ignored.
Above all, it’s a childhood dream! Spending entire days dancing and singing in superb costumes, surrounded by a small group of spectators!

"Above all, it’s a childhood dream! Spending entire days dancing and singing in superb costumes, surrounded by a small group of spectators!" 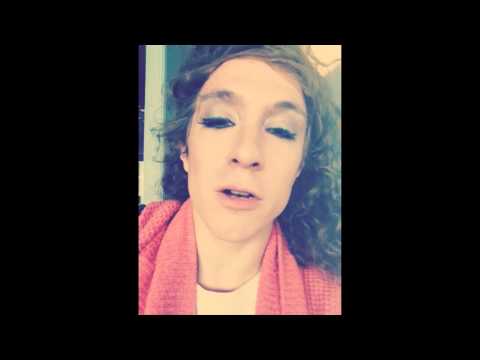