This is Maguy Marin’s 49th piece. At the heart of her piece for six dancers is the question of rhythm. How form emerges from rhythm, how to build an oeuvre that constantly transforms itself and, more generally, how individual rhythms articulate with those of others to create harmony.

You say this new piece was inspired by the definition that Emile Benveniste gave of rhythm in La Notion de rythme dans son expression linguistique in 1966. How does this concept find form on the stage?
Benveniste wrote: “Rhythm is form when it is taken on by what is moving, mobile, fluid; it is improvised, momentary, modifiable.” And that is what has driven me from the very start. Rhythm is a constantly changing form. It is one of the foundations of my stage work, in the succession of my different pieces. Always start from what has been done, while never remaking.

How would you describe the stages of preparing this new creation?
There is never a triggering element, as such. Life itself raises questions. Everything happens much earlier, picking up from material in my earlier works. It’s as if I had a big jumble of things to choose from and I postpone as long as possible the moment for establishing order. Then I proceed as if in a workshop, with a certain number of accessories, objects and costumes. I need them within reach but without necessarily using them since I always start from the bodies. Then I move on to dumb little exercises with the dancers, vocal, physical and rhythmic exercises to give some shape and preparation. It’s like little games, as well as books to read and images to see, to enable a state of inventiveness.

Have you changed rhythm and therefore the way you create since you left the National Choreography Centre (CCN) in Rillieux-la-Pape?
The change in working conditions changes the work. Going back to being an independent company has allowed me to do something that is lighter, more mobile. I have regained a form of plasticity. Leaving the CCN after 12 years was also a way of changing modalities, to avoid getting too settled. Here again, it’s a question of rhythm! No pre-determined cadence so that we can have the freedom to raise some questions again.

Ultimately, rhythm is also – or foremost – a question of politics?
The only question that truly has meaning is: how can we produce musicality between us? To see how singular individual rhythms can be articulated with other people’s rhythms to create something that opens onto the possibility of sharing.

Was it choreography that triggered this political dimension?
Every day you can be on the receiving end of things, or try your hand at reinventing them by examining them, and make yourself responsible for them. Art is always political. Choosing to work with such or such a person, for both the choreographer and the performer, is a political decision. Our profession commits us to think about how we !t into the world around us, in the way that it influences us, so that we can influence it in turn.

Does this political necessity stem from your own history and family background?
One’s family environment forms the basis for self-construction. Growing up in Toulouse, in a Spanish immigrant community, probably made we aware of the reality of exile, of the mechanisms that destroy bonds; of History. 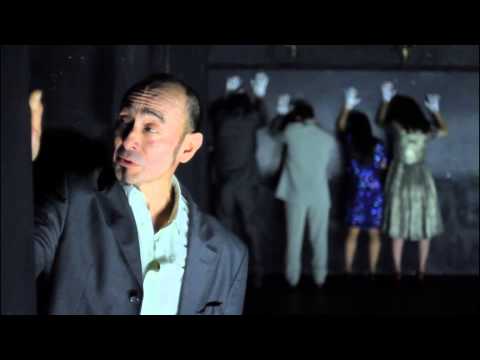